In 2018, particularly where young people are concerned, financial independence is all about side hustles. It’s common to read that millennials pursue multiple jobs rather than a single career, and thanks to the internet and mobile app markets, people who are so inclined now have more ways than ever to seek side income. Most relevant online “side hustles” aren’t going to make you very much money. But approached carefully and correctly they can certainly give you a little bit of spare cash for your day-to-day life, which can be a surprisingly big step toward financial independence.

These are five such hustles, across a range of categories. 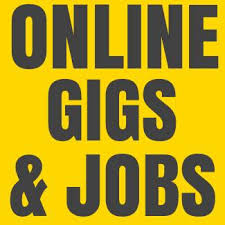 Survey apps may well be the most popular way to make money online without really expending much effort. There are dozens of them out there by this point, each one asking you to record information, complete tasks, make notes of your shopping habits, or perform other similar duties in exchange for some manner of cash, credit, or coupon. Rather than pointing you toward one app, which would be unnecessarily limiting, we’ll point out that you can read up on a whole category of survey apps including popular options like Swagbucks, Google Opinion Rewards, and Ipsos Mobile. They do all work differently, and most are only giving you small amounts of credit over time – but for the most part they’re excellent for your downtime.

Mobile investment is getting extremely trendy, and frankly it’s easy to see why. Particularly for younger people, putting money into stocks can be a daunting, complicated process. Apps have made it a lot easier, and a lot cheaper for that matter. Programs like Stash and Robinhood allow users to buy and sell stocks and set up entire portfolios, all at the touch of a screen and with no trading fees. Acorns is another popular option, and operates more like a mutual fund on your behalf, taking the “change” (to the nearest dollar) from your credit card transactions and adding it to an automated, strategically diversified portfolio. All of these apps carry some risk – particularly the first two, in which you’re making your own trading decisions – but they can help to compound your income as well.

It’s easy to mistake these as more survey apps, but there are subtle differences between them even if they work similarly. In this case it actually does help to look at one of the primary examples as a means of explanation. The Drop app has become very popular, because it’s extremely hands off. All it does is track your debit and credit card purchases, and give you points for spending money at certain merchants included on a list. The idea is that you get rewards for spending and shopping in general, not unlike rewards or cash back setups with regular credit cards. Naturally it takes a while to accumulate enough points to get much out of it, but an app like Drop benefits you for virtually no effort. Most would file this under the “why not” category.

Cryptocurrency trading carries more risk than the other ideas presented here, and it’s also hard to understand if you’re new to it. One of the better overviews we’ve seen came out at an Ireland-based gaming platform earlier this year, where it sought to explain cryptocurrency to gamers who might want to use it for deposits. While establishing that cryptocurrency is a form of digital tender, the piece also established that its true value these days is as an investment asset. It also pointed out that there are alternatives beyond the very expensive bitcoin. It’s easy these days thanks to numerous “software wallets” to buy and sell cryptocurrency through an app or online program, and while it’s every bit as risky as stock market investing, it’s a side hustle a lot of people are trying of late.

This requires more effort than the other ideas listed above, but it also makes up what basically amounts to an entire marketplace on the internet. Basically, there are now all kinds of ways to find freelance work for various skills – writing, graphic design, painting, coding, tutoring – you name it. Platforms like Upwork, Fiverr, and even Patreon help individuals to market these skills and find side “gigs” online for varying fees and with a world’s worth of clients. Again, it requires more effort, but if you know what you’re doing and your skill has legitimate value, this can also result in steadier side income than the other concepts outlined above.