There comes a time in every family’s life where the young need to leave the nest. This transition, as most families have experienced, can be a difficult process.  The Pew Research reported 36 percent of adults ages 18 to 31 were still living at home in 2012, the highest percentage in more than 40 years. Below are some steps for your beloved offspring to start moving out and moving on, so you can have the place to yourself again. 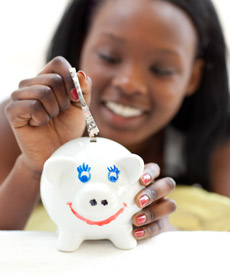 The first step to getting your teen to be independent is for them to look for and eventually find a job. Even if a teen is going to school, it’s important that he or she start the process of looking for a job and gaining an income stream in preparation for moving out.  Filling out applications and taking drug tests can be a sobering look at what adult life is really like.

A common first job can be working in retail or fast food, which often gives a variety of responsibilities, and new life experiences.  However, if your teen struggles to find a job quickly, know that they are not alone. The Bureau of Labor Statistics recently reported only a quarter of 16 to 19 year-olds are currently employed, a number that is down ten percent from just five years ago. Today’s teens are confronting a job market in which there are fewer entry level jobs.  It takes a lot more persistence and creativity to land that first job, as well as “who you know”.

A number of parents who are aware of this challenging job market have stepped in to help their teens land that first job.  As much as this “Helicopter” parenting is questioned, having a first job and the experiences that go with it is probably more critical than how the job was obtained. 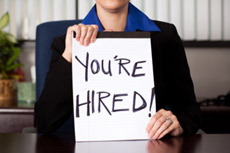 For some teens, getting a job is the first step for starting a career with a particular company. For others, it’s just a way to pay for the necessities of life while attending school. If your teen is currently going to school, encourage him or her to try to find a job that will not only make pay the bills but get skills toward the desired career. If he or she is studying business management, working in a fast food restaurant can teach about supply chains.

It’s easier for teens to learn to budget their money if they have been encouraged from a young age. For many it starts with having an allowance and responsibility for paying for certain expenses on their own. Some of the money can also come from gift money.  As children get older, the best thing parents can do is start the conversation about money and budgeting and emphasize what expenses the teens are responsible for (designer clothing, entertainment, video games).  Help your teen create some basic budget categories and amounts. Let them experiment with those amounts and experience what happens when there is not enough money.

If there’s anything most teens lack, it’s “delayed gratification” better known as impulse control. Having money for the first time is often an overwhelming feeling. While developing a budget, encourage your teen to save, not only for the distant future, but for the immediate future when he or she is no longer living on your dime. A good guideline is to save at least 10 percent for long-term goals.

The National Consumers League recently reported that teens, surprisingly, have many misconceptions about where their money will come from in the future, especially for education. One in four of those surveyed believed their parents will pay for everything and carry the burden for their college education. The quicker your teen realizes you won’t always be there to bail them out financially, the quicker he or she will learn to become financially responsible.

When that fateful day arrives, try not to celebrate until after the truck has faded into the distance.  On the other hand, if the emotions are higher than usual and too much to bear, (not uncommon at all), keep in mind a recent Coldwell Banker survey found that most adults aged 18 thru 34 found living at home perfectly acceptable for up to five years after college.

To re-post this article, please include the author’s block and links below…

Judy Lawrence, M.S. Ed., is a financial counselor and money coach in Albuquerque, NM, the founder of www.MoneyTracker.com and the author of the best-selling book “The Budget Kit: Common Cents Money Management Workbook 6th Ed,” in print for more than three decades with more than 425,000 copies sold. Judy shares fundamental money management tools, concepts and behavioral psychology developed and gleaned over the past 30 years from sitting at thousands of kitchen tables (physically and virtually) and guiding people toward a healthy relationship with money.