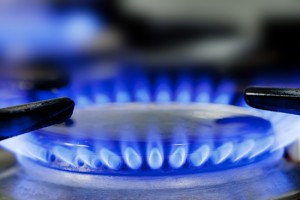 Your utility bills do not follow the same rules as your other bills. Most payments do not change because of the season—your car payment is not contingent on the number of miles driven and your mortgage is not a function of the hours spent at home. Sudden spikes in already overpriced utility bills, however, can come during peak times of the year, depending on where you live. Luckily, there are ways to keep your electricity bill low during a Miami summer or drop the gas bill when snow comes in Cleveland.

Using less energy and using it at the right time will bring down your electric bill. The place to go after your overpriced electric bill will depend on the things that you use the most, which is dependent on where you live. For example, air conditioning units are a common culprit of high energy bills in Miami, but not as much in a mountain home in California. To lower your electricity bill from large appliances, try bringing up the temperature on the refrigerator and A/C unit or getting an energy-efficient version. Additionally, you can lower the temperature setting on your washing machine so it does not need to heat the water as much.

Changing your heating efficiency is the best way to shrink your gas bill. Programmable thermostats are a good first step because they can maintain an accurate temperature, allowing the house to be cooler when you are away and warmer when you are home. Insulation around water heaters, in walls and around windows also drops the need for burning gas, which will decrease your bill.

For the last four decades, California has been combating drought conditions, and the last three years have been at a historic level. Last year, Californians decreased their water usage by 7.4 percent. You can follow California’s lead by reducing your own usage and even save some extra money in the process. In addition to reducing your water bill, many states offer water conservation rebates. Some of these will give you money for switching out a high-flow toilet to a low flow, which uses less than half of the water. You also can install stop switches on shower facets, which allow you to stop the water while you lather, and you can turn off the water while brushing your teeth. All the little things add up when it comes to water usage.

Even when your cable bill is bundled with your telephone and Internet, it can seem like a big expense. Especially when you consider the extra costs for recording devices like TiVo or DVR, extra channels like HBO and Showtime and movie channels that you can’t seem to resist like AMC or Pay-Per-View. Instead of paying for TV from the overpriced cable company, consider using a system like Roku to stream movies and TV shows from the Internet for free with sites like Hulu or for a fixed lower rate with Netflix or Hulu Plus. Depending on how serious you are about your TV, this can more than cover your favorite shows and movies.