“What can these canaries teach us about our financial warning signals?”

Now that we are moving past the tax return period and reviewing the finances, have you noticed any new ways you may want to manage your finances differently this year, or noticed any early warning signals for dramatic changes to initiate now? 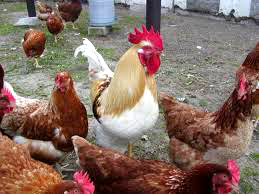 This idea came up again recently, while meeting with a group of business friends. My country-living friend Erika shared the hilarious story of her four chickens swooning like teenage girls over the new “Fabio” rooster who recently joined the back yard “family”.

Now that’s a story for another time.  However, part of that country-living discussion included gardening. Soon I was learning about the effectiveness of companion planting (interplanting different crops in close proximity to work together). It’s a little like nature’s own version of “watching your back”. 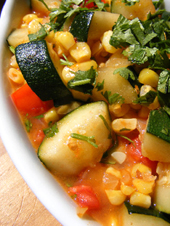 A perfect example is the delicious, traditional New Mexican dish called Calabacitas, which is made with corn, beans and squash, a healthy combination of carbs, proteins and vitamins.  According to Dr. Curtis Smith who is retired from NMSU Agricultural Science Center, who has taught Master Gardeners Training classes, there is a concept developed in the Southwest by Native American gardeners called “The Three Sisters Garden” where corn, beans and squash are planted together because they help each other grow and thrive very effectively. 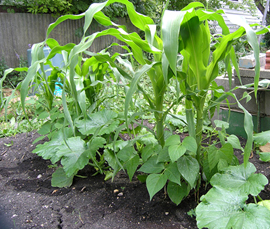 There’s also a warning system built into this magnificent trio. Squash plants will wilt before beans or corn, which gives a heads up alert that the time for irrigation is approaching.

I understand from Dr. Curtis Smith, there are some new step-sisters added to the mix now with chiles, tomatoes, melons and some other crops.

Actually, crop farmers are well aware of all these symbiotic relationships and have been rotating corn and alfalfa crops for years, knowing the economic value of naturally feeding the soil with the nitrogen.

Even though I grew up in the country in Wisconsin, where my family had a huge garden, I missed that whole “companion planting” lesson.  Instead, we had nice straight, separate rows of corn, potatoes, kohlrabi and much more with the usual amount of weeds in between. Oh, how I remember my “job” of pulling those weeds as a kid! 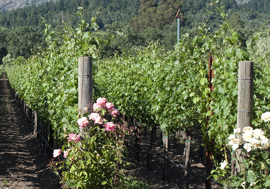 I started thinking about other symbiotic relationships that included some early warning signals.  Since I lived in the Bay Area for many years and visited Napa Valley often, I remember seeing those beautiful rose bushes planted at the front of each row of grapevines.  Of course the aesthetic value was clear, but it was very interesting to learn about the scientific reason for the rosebushes.

Knowing very little about roses or grapevines, I didn’t realize that both roses and grapevines are susceptible to the same mildew disease, which is a fungal disease.  Apparently many years ago someone figured out that the roses act as an early warning signal for vineyards.  If the roses start to show signs of mildew, the grapes can potentially get mildew and immediate action can be taken to protect the grapes for those famous wines.

Well after a little additional reading I learned that science and technology have advanced since those early years.  Now, that beautiful quant early warning system is considered outdated according to a comment by Michael Beaulac winemaker at Pine Ridge Winery in Napa. The roses are probably now there just to show off their beauty.

An interesting little side note for my gardener readers. If parsley is planted near the rose bushes supposedly it will actually make the roses more fragrant.

Isn’t it fascinating to learn the many different ways nature works together? 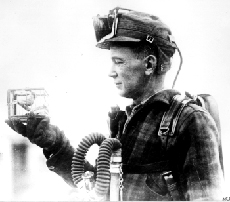 During the earliest days of coal mining, Miners turned to Mother Nature, and used canaries in the mines to detect methane gas and carbon monoxide (a toxic, colorless, odorless, and tasteless gas), which signaled potential explosions.

The Bureau of Mines conducted tests and found canaries much more effective messengers with their visible signs of distress compared to the competing mice who demonstrated some lame struggle or squatting signals.

Because canaries have a very responsive metabolism, and are extremely sensitive to toxic gases, they react very quickly and obviously when they were exposed to dangerous gases in the mine. Also, canaries are known for their noticeable ongoing chirping and singing (many of the miners would whistle to the birds, coaxing them on and treating them as pets).  So as soon as the canary stopped singing and started swaying suspiciously on its perch, the miners would know the gas levels were too high and immediately hightail it out of the mines to avoid getting caught in an explosion.  Yes, I do believe they took their canaries with them and often were able to revive them. 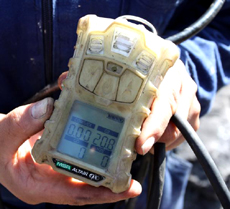 Like many technological changes in the 20th century, this unusual practice, like that of the role of the rose for the grapevines, also was phased out in the late 1980s.  Electronic gas detectors with digital readers now replace the historical yellow singing sentinel.

Having once been a canary owner, I’m especially attached to this story.  I felt like I had my own personal “heaven” with the daily canary serenade in the background.  Often when I was on a phone call, the canaries would be chirping in the back room and the caller would ask if I was outdoors. That’s when I realized it was time to close my office door and muffle the obvious background singing.

Now, it’s your turn. What early financial warning signals are signaling you to start making some major changes today?

Consider these ideas as broader warning signals to help you think of other signals that apply to your own situation. Any search for “financial warning signals” will bring up the usual host of basic debt, credit card and spending issues to avoid.

I hope you enjoyed these stories of nature’s interesting way of collaborating and providing early warning signals. Your comments and feedback are always welcome!